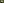 The Antur flock of Texel sheep, owned by Aberystwyth University Farms, was one of the founder members of the Texel Sire Reference Scheme.  This scheme, started in 1990, introduced performance recording and genetic evaluation to improve growth rate and carcass quality, characteristics of major importance for commercial lamb producers. 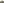 The fifth-year results from the RamCompare project reveal how rams with key breeding traits can drive productivity and optimise flock profitability and demonstrates how commercial producers can use specific estimated breeding values (EBVs) to identify rams with a high genetic potential and prove their worth when assessing financial impact. 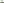 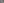 Improving efficiency and reducing costs are both key drivers for any business. But for sheep breeders involved with the RamCompare project, investing in a ram with the right genetic merit for their system has proved to tick both boxes.

After the initial five years of research, funding has now been confirmed to allow the third phase of the project to get underway later this year. 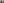 The latest update shows a great spread of rams among the most recent lists of trait leaders. Signet Breeding Manager, Sam Boon, urges breeders to focus on those traits that deliver the greatest profit to their system, and source recorded rams with the right EBVs to deliver them. 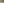 Join AHDB and Samuel Boon and Bridget Lloyd for a webinar to reveal the latest RamCompare project results. 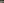 RamCompare - The Countdown has started...

RamCompare results will be released on 13th May

Join Sam and Bridget for a webinar to reveal the latest RamCompare project results.

Sign up here to join us or get a link to watch at a later date - https://ahdb.org.uk/events/webinar-ramcompare-project-2020-results

For the first time in the UK, ram breeders will have access to breeding values that focus on traits rewarded further down the supply chain, including primal weights of the loin and haunch and meat tenderness.

AHDB news release  New Estimated Breeding Values to help improve results The value of investing in a ram with the right genetic merit for your system has been highlighted in results from the third year of the RamCompare project. The project has identified that commercial producers can identify the most profitable rams for their production system by using Estimated Breeding V ... 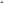 Three new estimated breeding values (EBVs) have been generated as a result of a major industry sheep breeding initiative which will help commercial producers to select rams which have the best potential to produce progeny that are more likely to meet market specification. Preliminary results from the RamCompare project were released to the industry at the Sheep Breeders’ Round ...