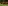 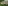 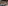 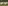 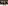 While economic and health planning receives widespread attention, the creation of breeding plans can sometimes be overlooked.

Within this article we look at the options for commercial sheep and beef producers that are interesting in assessing and changing the genetic merit of their herds and flocks.

We explain how they can develop breeding strategies that capitalise on genetic differences between animals (using EBVs) and exploit hybrid vigour to lift the financial and physical performance of their enterprise.

Creating a Breeding Plan for Your Sheep or Beef Enterprise

The physical and financial performance of any livestock enterprise is influenced by the genetic merit of the animals that are kept and the environment in which they are reared.

While changes to the environment, such as an improvement in livestock health or enhanced feed provision, can bring about rapid improvements in performance – improving the genetic merit of your herd or flock can provide a permanent and thus highly cost effective lift to productivity.

While the principle of introducing genetic change is simple, the development of a breeding strategy can be quite challenging – particularly when both the characteristics of the breeding female and their offspring (destined for slaughter) require simultaneous consideration.

To help make the right, long term decisions it is worth investing time in the production of a simple breeding plan. Here are some of the steps in creating that plan. 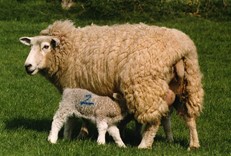 Think about your current system and assess its strengths and weaknesses. Assess the KPI’s for your enterprise and determine what you want to change and how you want to do this; either by changing the genetic merit of your animals or the environment in which they are reared. Consider which areas of performance are best enhanced through genetic improvement and which would be better served by improving health or nutrition.

Assess the current performance of your breeding females and consider the most cost effective way to change them, as well as considering how this might influence the health status of the enterprise? If your breeding females are relatively young and have a high health status, then it may advisable to “breed up” from these animals. If the cows/ewes in your enterprise already have a number of health challenges and a rapidly aging profile, it might easier and quicker to buy in new females.

Set a breeding objective – for the future

For most farms, breeding objectives will be largely economic; identifying those traits that make them the most money. This doesn’t simply mean the traits that will produce the most valuable animal, it means those traits which leave the greatest return once enterprise costs have been taken into account. Traits that reduce costs, can be as important as those that increase output. Increasingly, farmers are also starting to think about environmental objectives; selecting breeding lines with a lower environmental impact.

Breeding improvement is a long process so think about the animals that you will want to farm in the future and their future market. How will the enterprise change over time? Will land and buildings remain available? Will labour availability reduce as the workforce grows older?  Will the future market be the sale of stores or finished animals? How important is the sale of breeding stock? What genetic attributes will your customers find more important in the years to come?

Are genetics the answer? 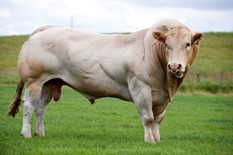 Livestock performance will always be influenced by both an animal’s genetics and the environment; the use of genetics can’t compensate for poor management and for low heritability traits in particular greater short term rewards will be achieved through improved management. However, in an optimal environment the upper limits of performance are set by an animal’s genetics and thus the importance of getting the best breeding stock for the enterprise.

The degree to which an attribute will be influenced by an animal’s genetics will vary from trait to trait. The easiest traits to enhance through selective breeding within a breed (using Estimated Breeding Values (EBVs) for example) tend to be those that are most heritable, where large amounts of the variation between animals can be attributed to their genes as opposed to non-genetic environment influences.

In the UK EBVs are produced by a number of different service providers. The main ones are shown here:-

The expression of most traits of economic importance is influenced by hundreds, perhaps thousands of genes and in using EBVs you are selecting animals which tend to have a combination of the better genes for any given attribute – with each gene having a small effect.

There are a few examples of so called “Major genes”; genes that have a large impact on performance and in some cases completely control the trait. In some cases, the sellers of rams and bulls are able to test for these genes and inform the buyer about the gene carrier status of the animal, which may mean it carries one or two copies of a given gene. Traits commonly influenced by major genes include polling/horns (cattle), coat colour (cattle), prolificacy (sheep) and muscling (sheep and cattle).  Gene tests are also available for deleterious attributes, such as recessive diseases and yellow carcase fat (sheep).

Structural soundness – A reminder when buying a new sire 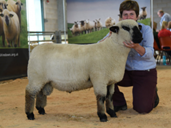 It should go without saying, that your investment in a new sire will only be cost effective if he has a long working lifespan. An assessment of pre-sale management, structural soundness, fertility and health (via blood tests) will help to ensure a long working life and thus a high return on investment; as well protecting your enterprise biosecurity. Click on these links for more information on buying fit for purpose rams and bulls.

What is hybrid vigour and how can it be exploited? 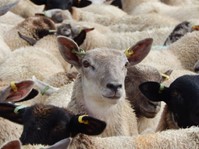 Hybrid vigour (or heterosis) is the amount by which a crossbred animal is better than the average performance of both parents. The more genetically different each parent, the greater the impact. It is a proven way to enhance traits that are often hard to enhance through within-breed selection.

Remember, progeny performance still depends on the genetic merit of each parent; outstanding progeny can’t solely be produced through crossbreeding if the parent breeds are genetically poor.

There are many different ways to exploit crossbreeding, the important issue to consider is whether you want the hybrid vigour to be exploited in the maternal or paternal breeding lines (to enhance traits like fertility and longevity) or their offspring (to enhance neonatal vigour and survival).

Some of the crossbreeding strategies relevant to the UK include.

The crossing of two different breeds, so all of the hybrid vigour is expressed in the progeny (unless the parents are also crossbreds).

Two breeding lines are kept, with Breed A sires mated to Breed B daughters and visa versa. Hybrid vigour is expressed by both the breeding female and her progeny

A crossbred female is mated to a terminal sire of a different breed. This provides the maximum amount of hybrid vigour in both the breeding female and her progeny – but it doesn’t allow for the retention of breeding females.

The use of composite breeds, which are usually the result of several generations of crossbreeding will introduce hybrid vigour, depending on how far back the purebreds arise in the pedigree. If purebreds are no longer being put into the composite, levels of hybrid vigour will reduce over time.

Introducing a new breed to bring in a desirable characteristic (eg polling) and then a sustained programme of grading back to the original breed.

Should I change a trait through within breed selection (using EBVs) or crossbreeding?

For most traits producers can use both strategies, though for rapid improvement in low heritability traits, the exploitation of hybrid vigour will have the biggest short term impact. Purebred populations clearly don’t have the option to exploit hybrid vigour, though the use of a distantly related strain – such as an NZ import, may introduce additional vigour into the breeding programme. 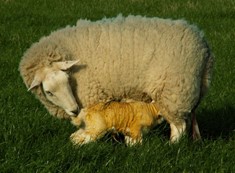 When producing animals for slaughter, the male and female breeding lines can have very different genetic attributes. The male (terminal sire) line should produce progeny that are born easily and grow fast, while the female line requires maternal genes to enhance milk production, maternal care, fertility and longevity. The mature size of the breeding female can markedly influence the efficiency of the enterprise, so consider exploiting breed differences by mating smaller framed maternal breeds to larger, faster growing terminal sires to generate animals for slaughter.

Several factors influence the decision whether to retain home-bred female replacements or buy them in.

Producers considering breeding their own replacements must develop a plan which:

Keeping replacement females should not be a knee-jerk reaction to high breeding stock prices, it should be a planned approach to enhance performance by keeping females of known breeding potential and health status.

Selective breeding within the enterprise

Once new genetics have been introduced onto the enterprise, improvements in performance can continue to be made through

Record keeping need not be a chore. A simple paper based or electronic system can quickly identify stock to keep as replacements and those that should be culled.

Deciding what to sell

Whether buying-in or breeding home-grown replacements, breeding stock will be periodically culled. In self-replacing enterprises these decisions are more important to prevent problem traits reoccurring in future generations.

Ear notching sheep provides a simple way to identify problem animals and can be completed throughout the year, especially at lambing time and immediately pre-mating. In recent years the use of EID readers and on-farm software has greatly assisted in the computerisation of this task.

If the trait has a high heritability, fast rates of change can be achieved through rapid culling. However replacement costs will also rise, so in practice a balanced approach is required. Where younger ewes are removed from the breeding flock, rather than being sold immediately they can be mated to a terminal sire to produce slaughter lambs. 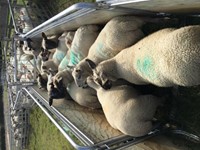 With the average generation interval for sheep and cattle being around 4 and 5 years respectively, the process of changing the genetics within an enterprise can be a slow one when breeding your own replacements. Two ways to speed up genetic gain are to reduce the interval between generations and to increase the selection pressure placed on the genetics brought onto the farm.

Carefully plan what proportion of the breeding herd or flock is required to breed replacements, as further improvements can be achieved if you are able to preselect the very best females to breed from, using the lower quality females to produce progeny for slaughter.