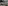 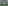 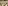 Differences in days to slaughter were less noticeable on the project’s other organic farm near, Ripon and with 92% of lambs grading as R for conformation out of Mule ewes there wasn’t massive variation in carcase classifications, however those lambs by the highest genetic merit sires for carcase weight produces carcase 0.6kg heavier than the lower performing rams, with a difference between the highest and lowest indexing rams worth £3.17/head.

The highest carcase weights and highest value carcases both being attributed to the top index Meatlinc ram from George Fell, Thorganby. Beltex and Texel rams from Matthew Prince produced some of the next most valuable carcases, with both getting an overall RamCompare index that placed.