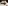 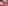 The tenderness of lamb has a major influence on consumer acceptability. We know tenderness is influenced by a number of non-genetic influences, such as the age of the animal and its treatment both pre and post slaughter, but it is also known that an animal’s genetics can influence this trait.

Within RamCompare we obtained 4343 samples from 254 of the project’s sires. AHDB staff obtained loin samples from the carcases of RamCompare lambs and measured shearforce from cuts that had been defrosted and cooked in a standardised manner. Shear force measures were taken by repeatedly assessing the pressure required to pass a steel blade through a cut of meat.

Initial research by Abbygail Wells at SRUC has shown that genetic influences on shear force explained about 16% of the variation observed between animals. From this work shear force EBVs were produced, with higher values indicating tougher meat and lower shear force EBVs therefore desirable.

Whilst the vast majority of lambs on the trial were extremely tender, significant differences were found between sires and the approach clearly shows that genetically superior sires can have a marked effect on traits that directly influence consumer acceptability.

RamCompare has shown that an animal’s genes do influence tenderness and that measurements of tenderness can be used to produce breeding values.

While it is clearly challenging to routinely collect these expensive measurements within our national breeding programmes this work provides knowledge that will be useful when developing genomic approaches and in assessing the value of proxy traits that may influence meat eating quality, such as the prediction of intramuscular fat that we obtain from the CT scanner.