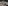 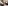 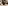 The RamCompare project has been a five year pilot project designed to trial strategies for capturing commercial data collected from slaughter lambs in the UK sheep industry. It is similar to central progeny tests that are taking place in Australia, New Zealand and Ireland.

The first stage of the project involved developing a network of six commercial farms that will use artificial insemination (AI) and single-sire mating to produce a crop of over 500 lambs per farm per year. In the UK sheep industry the sire of slaughter lambs is not usually known, so this approach has enabled sire information to be collected.

67 rams from five breeds – Texel, Suffolk, Charollais, Hampshire Down and Meatlinc – were tested across these flocks over the 2016 and 2017 lambing seasons. The rams were representative of the top 20 per cent of their breed based on their estimated breeding values (EBVs) and the AI sires had good genetic linkage to other pedigree flocks.

Data from their lambs was collected from birth through to slaughter. This data was evaluated to see whether its inclusion in the rams’ genetic evaluations identifies genetic differences between sires and improved the accuracy of genetic predictions. A ranking of the tested rams, based on commercially important traits, was generated at the end of the first stage of the project in November 2017.

The second stage of the project increased the number of farms involved, the breeds involved and enabled the geneticists to spend time assessing data collected on carcase primal weights and shear force. The number of rams nominated and selected increased, enabling a greater diversity of breeding lines to be assessed. The project now includes Blue Texel, Bleu du Maine, Shropshire, Beltex and Poll Dorset rams.

AHDB, QMS and HCC recognise how vital animal breeding and genetics are for the future of the sheep industry and remain committed to this project as a major plank of their technical activity.   Plans relating to Phase III have just been announced