"EBVs are vitally important when considering a bull’s maternal attributes, since these cannot be assessed by eye"

Many commercial and pedigree producers are breeding their own female replacements and need to identify bulls with superior maternal attributes. An important maternal EBV is the 200-Day Milk EBV, indicating the degree to which a calf’s 200-day weight is influenced by the maternal performance of its dam – e.g. milkiness and general mothering ability. 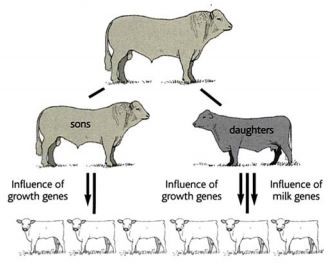 The other maternal traits currently produced by Signet include Longevity, Age at 1st Calving, Calving Interval and Maternal Calving Ease