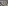 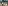 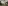 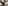 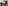 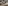 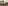 While the number of days taken to reach slaughter weight may be less important at Mint and Mustard, the RamCompare flock run by Richard Parry in Woodbridge, Suffolk than on some commercial farms; carcase weight and conformation are important breeding objectives and with careful ram selection can generate an extra £4-5/lamb.

The Mint and Mustard flock of 1200 Suffolk x Mule breeding ewes lamb March/April, with the majority of the lambs finished at low cost on the abundant winter brassicas and vegetable waste left by other farming enterprises. The sheep enterprise has a vital role in preventing volunteer plants from coming up in the next horticultural crop – but the enterprise still has to stand on its own two feet and this is why the team were interested in using superior sires to increase flock profitability.

This year, Texel HMF05019, Grey Peel Lear Jet came out on top, but Hampshire, Poll Dorset and Suffolk rams have all performed well. Note the consistency of performance of 359:W0374 a Poll Dorset used over two seasons. 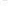 As carcase weight has a big impact on carcase value, a similar pattern is seen when plotting the overall carcase merit of RamCompare sires against the value of their progeny, with a £4-5/lamb difference in value observed between the high and low performing breeding lines. 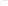 For many commercial producers ram selection is a trade-off between speed of finishing and carcase value, with a limited number of breeding lines that can do both. In this example, we see the rams with the highest carcase value tended to take longer to finish, while others had lambs away and finished much earlier – but at a slightly lower value. 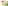 Samuel Boon from Signet added “This doesn’t mean speed of finishing doesn’t have a value on this farm. Getting lambs finished quickly, reduces the risk of loss, reduces the grazing pressure and labour requirements for the rest of the flock. This saving in feed could be used for purchased store lambs, for flocks wishing to overwinter lambs and sell them on the spring market”

“What it does show is the value in understanding the economic factors that drive the profitability of the flock and ensure breeding rams are selected accordingly”.

Richard Parry said, “Our take home message from RamCompare are that EBV’s play an important part in the success of lamb production. We have learnt that certain traits yield better financial results and that to achieve the best results you don’t need to be breed specific.”

“We have received some very good rams and plenty of data about each animal. We now have a better understanding what works best within our farming system and environment.”

“Our objective is to rear lambs who finish off grass, cover crops and vegetable waste with minimal (if any) bought in food. To achieve the desired weight and grade off this system requires sire selection with specific traits, which then results in better returns and margins.”

“We have enjoyed being involved in RamCompare and have learnt a lot. We now realise that some of the ram qualities we had been looking for previously, were not yielding the results we desired. There is a more robust, more scientific way to select rams and that is through the use of performance recording – using rams breeding values to make future sire selections will reward you financially.”