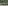 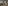 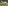 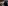 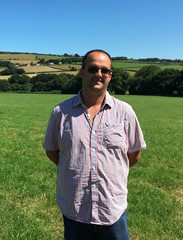 This family farm has been involved in the project since 2017. Adrian and Lyn are 4th generation farmers, with father, Peter in semi-retirement. The project has benefitted from Adrian’s positive and very open attitude, he provides data from his full commercial ewe flock as well as being an AHDB Strategic Farm Partner since 2018.

Dupath was involved as a Sheep Focus Farm for the “Healthy Livestock Project” (2007-2013) which focused their minds on the sheep, turning them from a grass management tool into a properly managed enterprise.  Although they had performance recorded rams on the farm they hadn’t been proactively using EBV’s for sire selection prior to joining RamCompare.

They were keen to be part of a project which will enable sheep farmers to make more informed decision when purchasing rams. They felt the ability to directly compare sire’s offspring across the breeds in a commercial setting will give the industry real working data.

Sheep are housed pre-lambing in early January and are fed clamp silage. Lambs are born indoors mainly in March, with the ewe lambs following in April. They are all tagged at birth, and once weaned, weighed regularly and weights recorded. Rotational grazing is used for the whole flock where possible, especially with the lambs when they are weaned onto silage aftermaths. All the lambs are finished off grass and sold deadweight.

Adrian starts selling lambs in June, finished at 43kg and carries around 100 lambs over winter, ensuring all are finished before lambing commences, finished on permanent pasture and silage aftermath.

Adrian states, “Having worked closely with our vets during and after the healthy livestock project on improving our sheep’s health status, we saw RamCompare as the next step - increasing our knowledge and productivity whilst giving something back to the industry.”

“The RamCompare project has given us a better understanding of EBV’s and their importance when selecting rams as a terminal sire.”

“Having trialled numerous terminal sire breeds in these first few years, it has certainly opened our eyes to selecting rams based on EBV’s and not just by breed.”