Changes to the calculation of the Maternal Ability EBV in Sheep

The Maternal Ability EBV is designed to identify breeding lines where ewes express superior maternal performance as mothers. In this context “maternal performance” is being assessed in terms of lamb growth rate, highlighting that element of 8 week weight that is due to the maternal care and milk provided to the lamb by its mother.

The raw data measurement used to assess a ewe’s maternal ability is the 8 week weight of her lamb or lambs.

Work within the Lleyn and Dorset breeds has identified the need for a better way to assess maternal ability and the approach used in these breeds has now been rolled out to other breeds.

How has the calculation of the Maternal Ability EBV changed?

Historically it has been difficult to model the direct and maternal genetic influences on animal performance simultaneously due to the computational power required and software limitations within some of the statistical packages used.

The old approach that was used to calculate the Maternal Ability EBV didn’t tease out the maternal influence of a ewe’s genetics on lamb performance. Instead, it was analysed as a separate weight trait attributed to the ewe for which there would be multiple records based on the number of lambs the ewe had produced.

Eight week weights are analysed to take into account

How does the analysis decide to attribute weight gain to either the lambs own genes for growth or its mother’s milking ability?

How are embryo recipient ewes and foster ewes handled within the BLUP analysis?

Providing that embryo transfer and foster details are recorded correctly, the analysis recognises that the ewe rearing the lamb is not its natural mother and hence its genetic dam is credited with having provided genes that may have influenced the lambs growth rate, but is not given any credit for having reared the lamb – this credit is attributed to the recipient/foster ewe.

What happens when a ewe gets mastitis?

In an ideal world a record would be held indicating if the ewe had mastitis and this environmental influence could be fitted within the BLUP model. In practice this data is not available and breeders are left with the options of omitting weight data for these lambs or putting them in a separate management group.

If records are submitted for lambs produced by ewes suffering from mastitis the analysis will still try to handle the data correctly to avoid introducing sudden bias into the breeding value calculations.

Records are not analysed in isolation and the algorithms used will pick up and try and take into account unusual lamb weight profiles, for example, a ewe that has produced heavy lambs for three seasons and then lighter lambs for the next two, or a ewe where one lamb is markedly lighter than the other. Even a young ewe succumbing to mastitis will not see her EBVs automatically downgraded if a large number of her full and half-sisters are performing well; again the analysis still has confidence that the genetics within this breeding line are performing well. 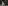 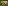