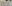 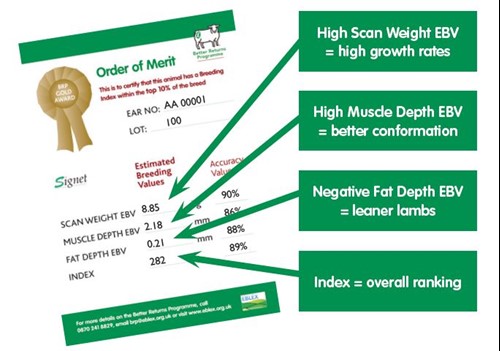 Pedigree and performance data is analysed to calculate how much of each animal’s performance is due to its breeding merit and how much is due to the environment in which it has been raised. This assessment of breeding potential is expressed as Estimated Breeding Values or EBVs.

Estimated Breeding Values (EBVs) provide a measure of the breeding potential of an animal for a specific trait. They take into account performance data collected on known relatives, the relationships between performance traits (correlations) and the degree to which traits are inherited from one generation to the next (heritabilities).

EBVs are expressed in the same units as the recorded trait (e.g. kg for eight week weight) and they relate to a common baseline. This baseline of zero relates to the average breeding value of lambs born in the year when the within-flock or across-flock analysis was first produced.

EBVs are easy to interpret, for example: A ram with an EBV of +6 for scan weight is estimated to have the genetic potential to be 6kg heavier at 20/21 weeks compared to one with an EBV of 0.

A recorded ram will only pass on half of its genes to its lambs so its EBVs must be halved in order to estimate the average genetic worth of its progeny.

The following EBVs are produced for Signet clients:

Further breeding values are now available for a range of traits derived from CT scanning, the assessment of parasite burden or data relating to maternal performance, such as lamb survival and longevity.

While EBVs aid the selection of breeding stock for specific traits they can also be combined into breeding indexes.

Each trait is weighted within the index according to its economic importance in meeting a specific breeding objective or set of objectives.