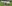 Recessive inherited diseases can occur naturally in all animal species. They arise when an animal inherits two copies of a defective version of a gene that results in a negative effect on the animal’s physiology or development. When they appear, the effects can range from relatively minor through to severe consequences for the animal’s health and welfare and even death.

In nearly all cases the defective version of a gene first appears due to an error in the process of DNA replication in a single animal. As the animal has only one copy at that time, the disease is not observed. If it happens to be an animal that is widely used for breeding, and their sons and/or daughters are also retained for breeding, it may not be long before two carriers are mated and the disease appears in some progeny.

The main problem is that by the time it is first observed, there are many carriers in the population (particularly if previous cases have not been recorded), and numbers of disease cases will accumulate over time if not effectively managed.

Although errors in DNA replication may at first sound like an improbable event, in reality they are fairly common. Based on past research, it is estimated that every time DNA replicates in an animal an average of around 30 copying errors occur. The vast majority of these errors will have little or no effect on the developing animals, but on the odd occasion they can have significant effects – if positive, they can help drive evolution or selection, but if negative can result in disease.

As a result, inherited diseases can arise at any time – and are not just old problems that have been circulating at low levels in a breed for many years. The ability to develop useful marker tests to help manage any problems that arise has therefore been high on the wish list for animal breeders for a long time.

The RIDGENE manual is intended to provide breeders with a how-to guide to achieve just that. It is focused around a process known as homozygosity mapping, which as a result of recent developments in genomic technologies, can provide the means to develop genetic tests in a cost effective manner. The work undertaken in order to develop this manual has included a number of demonstration projects with real world populations and real diseases.

The RIDGENE manual aims to provide a structure for all those involved in the front line of recognising and responding to recessive diseases including farmers, breed societies, vets, extension organisations and researchers. With this aim in mind, the manual is split into a series of steps which can be examined separately or together.