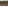 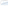 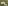 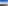 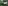 Using flock recording programmes to increase the number of lambs sold from the flock can be a challenging breeding goal, as it depends upon so many traits. Genetic factors influencing lambs sales include those that affect the ewe’s ovulation rate, her maternal care (including milk production) and lamb survival.

Many breeders would be put off, as a visual appraisal of a ram tells you nothing about these attributes and individually they tend to have a low heritability, meaning a ram or ewe’s genetics only explain a limited amount about the variation that exists between individuals.

However, it would be wrong to ignore them given their high economic value. Modern recording techniques mean genetic predictors of maternal performance are higher than ever and breeding indexes make it easy to select for multiple traits simultaneously.

One flock that has been working hard to optimise performance on the hill is father and son team, Simon and Rhodri Lloyd-Williams who lamb 700 organic Welsh Mountain ewes on 300ha of hill. This forage based system only uses a small amount of forage rape to boost the winter feedstock, so genetics are used to drive performance and progress. Lambs are mainly sold deadweight, with the smallest ewe lambs going into the small lamb market and an additional box lamb scheme direct to customers. Each year Simon and Rhodri aim to sell 20-25 rams, with repeat customers coming straight to the farm noting ‘they do what they say on the tin’. Simon and Rhodri have listed their rams for sale on signetdata.com.

Genetic improvement on the hill

The flock has made massive strides in increasing the genetic merit of the flock, as can be seen in the chart below. The advantage of their current recording programme is the power they get through recording larger numbers of lambs, with the average sire having 90 lambs recorded over their lifetime, meaning each ram gets lots of daughters progeny tested too.

The chart also highlights previous challenges when bringing in new male breeding lines, as historically access to new recorded genetics was often limited and sometimes this slowed down the genetic gains achieved through sire selection. With the increase in the size of the recorded Welsh Mountain population as part of the Welsh Hill Ram Scheme – these decisions will become easier over time, with potentially interesting new breeding lines becoming available to the flock.

What does this genetic gain mean in terms of performance?

At the same time, improvements in milk production and early lamb growth rates have led to an increase in 8 week weight, an early indicator of lamb performance linked to both lamb survival and eventual lamb sale weights. While there are often large year on year fluctuations, as with any hill farm, the rolling averages show a significant increase in the weight of both single and twin reared lambs.

Breeding indexes are useful when selecting for more than one trait at once in a population.