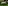 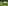 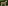 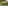 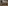 RamCompare measures the performance of recorded rams across all terminal sire breeds for growth and carcase traits. New carcase trait performance measures have been developed, so that industry can make better breeding decisions and ultimately improve farm profitability.

We rely on breeders to nominate their rams each year for the project; selected rams are put on test at one of our nine commercial farms.

In December a news update is provided to each breed society giving details on progeny numbers on test this season and rams who have joined the mating teams for next seasons lambs. The date for ram nominations opening is announced and website addresses are provided in this update.

We use an online nomination site where full breeder and ram details can be provided. There are two specific websites, one for nominations of semen for Artificial Insemination (AI) sires and one for the nomination of rams for sale for use as natural service sires. Nominations close in March and we select a team of 65-70 rams from around 200 ram submissions. Selections are based on ram performance and pedigree criteria.

All successful candidates are contacted directly so that confirmation can be agreed. We then contact all other breeders to thank them for their support and confirm that the selection process is complete.

Natural service rams are used as single sire mating groups with 30-90 ewes each. We purchase frozen semen to use as AI sires for groups of 30 ewes.

Due to the strict biosecurity involved with the purchase of rams as natural service sires for our partner farms, we ask for health documents to be uploaded with the nomination submission. Natural service rams are purchased and placed into quarantine on our host farms, the project vet conducts a thorough health and fertility MOT at each quarantine facility. The rams will remain in quarantine until all health tests are confirmed when they can be released onto the designated farms. Any health issues arising are discussed directly with the original breeder and in the case of a rejection a replacement ram will be sourced if possible.

For AI sires we liaise with breeders and their AI centres to ensure all involved are aware of the date semen is required, to ensure all orders are confirmed and organised correctly.

Each season their commercial progeny are measured from birth to slaughter for a number of attributes, including body weight, muscle:fat ratio, carcase weight and conformation. This information is linked to their sire to create Estimated Breeding Values (EBVs) for traits of economic importance help identify the most profitable rams within the population. We publish a booklet of results each year in the spring to coincide with the start of the ram selling season.

For information about nominated rams - click on the relevant link below