RamCompare and Recording: What it means for one Southdown breeder 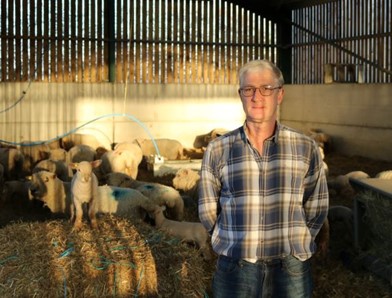 “The Southdown is a valuable native terminal sire breed with great conformation, eating quality and ease of finishing. Unfortunately they are too often overlooked by commercial breeders who are easily distracted by the hype surrounding continental breeds,” explains Rob. “I felt that participation in the RamCompare project would show that the Southdown can more than hold its own.“

Rob started the Andersey flock in 2005. Following a switch out of poultry, he wanted something to graze his 57 acres of permanent pasture. Liking the look of the breed, he chose the Southdown and purchased his first ewes from R Backshall (Caesars), since then he has grown the flock to 87 ewes using tups from five diff 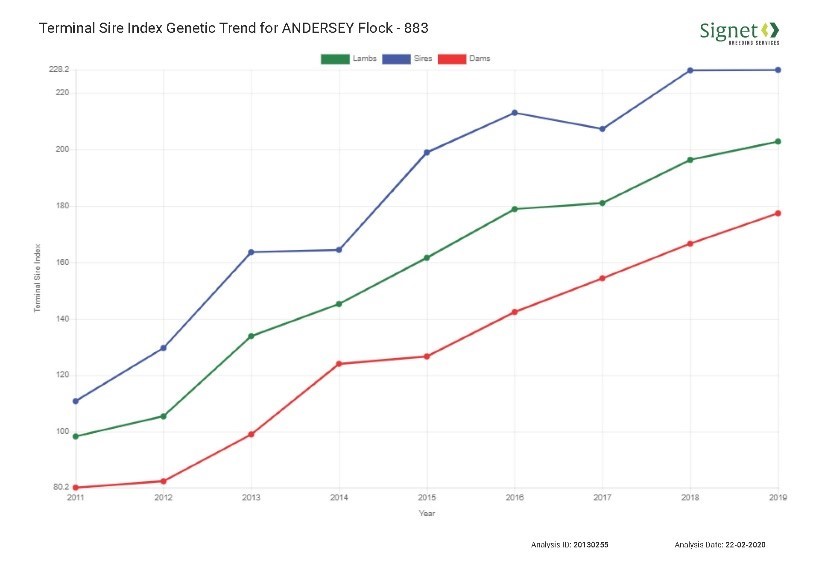 Signet performance recording has been an important component in his breeding and selection policy from 2011.

“The Signet recording scheme has been invaluable,” says Rob. “It does what it says on the tin ‘you record’, and then you make decisions based on that data. It’s helped me choose and retain the right ewes and rams. The new scheme now publishes data on a monthly basis, which is a great improvement, as in the past with results published only three times year, I lost one or two good animals to the butcher.”

Looking ahead, Rob has mixed views about the future for sheep farming and the Southdown.

”I believe that the next generation of sheep farmers realise that to be viable,  sustainable business they need to remain informed.  An ability to use scientific data from Performance Recording to identify the best animals for their flocks, and the data from RamCompare to make informed breed comparisons becomes essential. When you look at the Southdown, using these tools, it is clear they can more than hold their own as a Terminal Sire Breed. This can be seen from the first year’s Southdown results from RamCompare where they are in the top 10% of the nearly 300 rams that have been tested.” 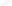