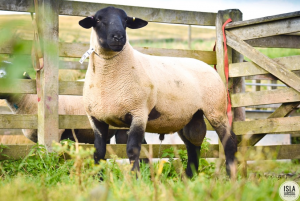 Value of Performance Recording shines through at Kelso 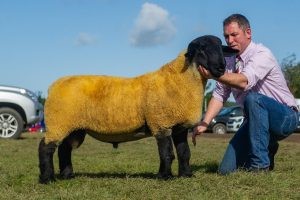 “So often in life we take on systems to help improve something we do and in most cases it’s very hard to gauge just how much of a difference that has made to the end result…. In relation to what we are doing with our Suffolk’s, we can hand on heart say without question that both Signet recording and CT Scanning has played a central role in the success we had in selling at Kelso last week” says Scott Brown from Capielaw Suffolks after his ram lamb sales at Kelso last week.

Scott has been Signet performance recording for five years and places great emphasis on the results he receives from CT scanning his best ram lambs every year. He uses both his Signet figures and CT results to market his breeding stock to commercially minded customers. His hard work has been rewarded at the 2019 Kelso ram sales.

JTO:1900121, by homebred sire Capielaw Debonair was also CT scanned with highest CT predicted killing out percentage and eye muscle area alongside having a top 10% terminal sire index selling for £1,100