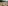 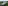 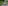 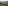 Carcase data was obtained from nearly 800 lambs on this fast finishing, organic unit in Northumberland. While the rams with the highest index only earned an extra £1.95 per lamb, as lambs were drawn to a consistent weight and finish it was therefore a reduction in days to slaughter that became the stand out feature on this farm.

The average number of days taken to reach slaughter on this farm was an impressive 108 days in 2021, using clover rich leys on arable land to finish lambs post weaning. Yet the progeny from the best three sires for speed of finishing averaged just 103 days, over a fortnight earlier than the worst sires on test.

This season’s data shows more clearly than ever the relationship between a ram’s Scan Weight EBV and his EBV for Days to Slaughter, with many of leading rams for one trait also ranked amongst the trait leaders for the other.