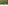 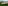 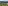 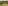 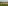 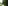 Getting the best out of performance recording

The importance of analysing sheep records and reflecting on what they mean was one of the key points arising from a recent flock review with Irwel Jones, Aberbranddu.

Large differences were seen between the progeny of different sires; differences that are often hard to pick up from day to day data collection – particularly when the traits of interest are maternal attributes that take two generations to come to the fore.

Aberbranddu is an 850 acre hill farm nestled in the Cothi valley. The land rises from 650 to 1,250 feet, with a hefted flock grazed on the Mallaen Mountain. As well as a beef enterprise, Irwel and his parents run a flock of nearly 1000 ewes; the majority being Tregaron Welsh which lamb outdoors from mid-March onwards.

A member of the Prohill group and actively involved in selling recorded hill rams to other farmers, Irwel does a number of things to help him get the most out of recording

Involvement in the Hill Ram Scheme

Irwel has collected flock data for a number of years, becoming a leader flock in 2018 as part of the Hill Ram Scheme, a project run by HCC.

A review of his data shows a steady increase in lamb weights over time, much of which can be linked to genetic change. However, it is only in the last three years that Irwel has had full access to a Signet analysis for his flock data. This has helped speed up rates of progress and identify poor performing breeding lines within the flock, particularly for maternal traits that are harder to assess without analysed data. 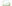 Yet within this large flock there are still opportunities to exploit genetic differences, as can be seen when comparing the progeny of the highest and lowest genetic merit sires within the flock.

At 140 days of age the high genetic merit sires were producing singles 2.2kg heavier and twins 1.9kg heavier than the flock average, the low genetic merit sires were producing singles 0.9kg lighter and twins 2.1kg lighter. A conservative estimate of this difference in performance would suggest a £900/ram difference in the value of these ram teams – for a group of rams that would have looked visually similar.

Studies looking at muscling within the Aberbranddu flock found similar differences. The progeny of some sires were producing 10% more muscling across the loin when lambs were compared at the same live weight. The use of ultrasound scanning data combined with Signet’s new approach to analysing carcase traits on a weight adjusted basis provides a major opportunity for hill sheep breeders that want to enhance the carcase yield from their sheep without increasing ewe mature size.

Work at Aberbranddu shows just what a large commercial hill farm can achieve through selective breeding; making use of the evaluations produced by Signet to enhance flock performance.