Selling rams for breeding is all about genetics. In recent years, farmers have become more aware of the benefits of adapting breeds to meet the needs of their system. To help identify the best sheep to use for breeding, which will improve the following year’s lamb crop, Estimated Breeding Values (EBVs) have been produced.

Using a genetic evaluation means a sheep’s data is analysed to allow comparison between animals based purely on genetics. The data needed for performance recording is parentage, birth details and two weights; there is also the option to ultrasound scan sheep to improve the carcase. Pedigree breeders have used performance recording for over 50 years and have made great progress, but this isn’t limited to pedigree breeders and can also be used by ram breeders producing crossbred flocks.

Sheep farmer Matt Harding has a family run farm in Warwickshire. Looking for continuous improvement, the Hardings were some of the first breeders to begin performance recording and join the sire reference scheme, collecting data from the early 1970s. Over the past 13 years, Matt has been breeding crossbred rams to offer a different product to his recorded Suffolks.

Matt said: “Breeding crossbred rams started in 2007, buying Charollais ewe lambs to go to Suffolk rams to form the basis of the Aberblack. This was then multiplied in 2012. Aberfields were introduced onto the farm in 2017 producing breeding rams, growing the flock of 70 pure ewes to 200 in the next year.

“The decision was made to move to a system that matched that of our customers, so the lambs could be tested under commercial management. Composite rams could keep their genetics moving forward and offer a new product, to bring together the ‘best of both’. Benefiting from the successes from other breeders, like the muscling of the Lowereye Charollais flock, rams would produce lambs with good conformation, good growth rates, ease of lambing, hardiness and vigour.”

How recording has been used

Matt added: “Performance recording is an essential tool in the selection process. A lot of our customers are quite progressive and record lots of data on their own farm. As breeders we need be collecting and using more information than our customers. The role of a terminal lamb is simple: lamb easily, survive and grow fast.

“The aim is to make progress with each generation. The stock ram Bentley Retallick has a breed index in the top 5% for the breed and has produced 130 rams for commercial farmers; he is used to benchmark how future rams should perform. The two key measures of success of the Bentley flock are to reach our target of selling 200 rams a year and to achieve continuous genetic improvement. Both things we are on track to achieve this year.” 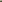 Ed joined the Signet team in September 2019, once he had got Kelso ram sales out of the way!

He has a degree in Agriculture from Newcastle University and a massive interest in genetics and performance recording.

The family farm in Lincolnshire has pedigree Hampshire Down and Lleyn flocks, as well as commercial sheep and cattle.