Gastro-intestinal roundworm infection can have a significant impact on lamb production and the ability to select sheep that are more genetically resistance to roundworms is a useful tool to combat this health challenge.

The FEC EBV produced by Signet is actually a sub-index comprising of two EBVs – one for Strongyles FEC (FEC S) and one for Nematodirus FEC (FEC N). To provide more clarity to breeders, it is proposed that these EBVs will be published individually in future.

A new phenotype when breeding for health traits – Saliva IgA

Research by Professor Mike Stear and team at Glasgow University has shown that the antibody responses against the larval stage of Teladorsagia circumcinta, an important member of the Strongyles family can be used as a biological marker for host response to infection.

The ability to measure parasite specific IgA in the saliva of sheep, thus provides a new phenotype through which differences between sheep can be identified – as high levels of IgA have been shown to regulate both worm growth and fecundity – leading to a decrease in egg output. These differences are even more useful if they can be converted from raw data into breeding values to identify genetic differences between individuals.

The potential advantages of assessing IgA levels in saliva include the ease of sampling, sampling cost and the fact that sheep that have been treated with anthelmintic can’t be sampled for FEC, but can for saliva IgA.

Since 2013, 5,246 Lleyn saliva samples have been collected and uploaded to the database used by Signet. When combined with the on-going collection of FEC data this created a sizeable commercial dataset on which to estimate heritability values for this new trait and study the genetic correlation between these traits.

The heritabilities within this dataset, including updated heritability values for Strongyles and Nematodirus are shown here.

It should be noted that EGENEs validation procedures have also been updated, allowing more of the FEC samples with very low values into the analysis and this has also lead to a significant re-ranking of Lleyn animals on their FEC EBV.

In October EBVs for Saliva IgA and updated EBVs for FEC S and N are being made available to Lleyn breeders. Signet are currently considering publication protocols for putting this information onto the Signet Website.

The new Saliva IgA EBVs are expressed in units of IgA activity – a unit of measurement complicated by the transformation of the raw IgA data onto a logarithmic scale – but the basic message is that high EBV values mean sheep that are genetically better at dealing with worms.

This is in contrast with the expression of FEC EBVS, where breeders are reminded that low, negative values are desirable as indicators of the breeding potential to put less eggs out onto pasture.

Is the recording of FEC still required?

For the time being, yes.

EGENES advise that breeders use both the FEC EBVs and the new IgA EBV for at least a few years to make sure selection is going in the right direction.

After a few years, having enriched the dataset with more FEC and IgA records, and after re-estimation of the genetic parameters, the decision might be made to move from FEC to IgA. However for now EGENES recommend that all traits are recorded and progress monitored accordingly.

The Lleyn breeders involved are tremendously enthusiastic about the potential for this new technology and its application to the selection of genetically superior sheep. In the future planned matings will take place between high EBV animals for these traits to see what impact it has on progeny performance.

This report acknowledges the work of Lleyn breeders and the Performance Recorded Lleyn Breeders Group, independent sheep consultant, Catherine Nakielny in initiating and supporting the project, Mike Stear and Karen Fairlie-Clarke at Glasgow University and Karolina Kaseja and Kirsty Moore at SRUC/EGENES. 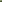