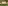 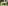 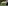 In 2019 Signet introduced major changes to the genetic evaluation of Terminal Sires. Carcase traits like Muscle Depth, Fat Depth, Lean Weight and Fat Weight are now expressed on a liveweight adjusted, rather than an age adjusted basis.

The new approach is more accurate and commercially focussed, enabling producers to select rams whose progeny will have superior carcase attributes as they approach slaughter weight.

These enhancements required Signet to update the old breeding indexes, taking into account feedback from breeders in recent years.

How did we create the new index?

Signet/SRUC used a “desired gains” approach to optimise selection for those traits that breeders and commercial farmers deem to be of economic importance.

Index construction in the past was easier, as many of the traits of interest were positively correlated to each other, enhancing one trait would often increase another. In Signet’s new analysis, where carcase attributes are expressed independently from growth rate, a considered approach is required to enhance both growth and carcase attributes.

To determine the ideal index, a series of models were created shifting the balance of index weightings between growth (Scan Weight EBV), muscling across the loin (Muscle Depth EBV) and meat yield (CT Lean Weight EBV).

Too much emphasis on either trait, would tend to result in a loss of genetic gain in another. However, a set of index weightings have been found that enable high rates of genetic progress in all three traits.

So what are the index weightings in the Terminal Sire Index?

Approximately 70% of the emphasis within the index is placed on the Scan Weight EBV and 30% is placed on enhancing carcase attributes. 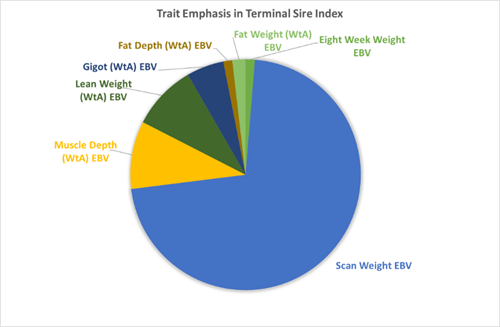 Why not have more emphasis on Muscle Depth EBV?

Increasing the emphasis on muscle depth, will greatly reduce the genetic gain achievable in lamb growth rate. It should be remembered that growth rate tends to have a greater economic value to commercial producers than increased muscling across the loin at a fixed weight.

Why not have more emphasis on the CT Lean Weight EBV?

Increasing the emphasis on lean weight will also reduce the genetic gain achievable in lamb growth rate. It will also mean the sheep get leaner, much faster - which is something to be aware of when selecting rams with a high yield of meat in the carcase.

How were the weightings for Fat Depth EBV and Fat Weight EBV derived?

Firstly, we are aware that breeders don’t want to see leaner genetics rewarded at the expense of well-muscled, slightly fatter individuals. Recorded terminal sires, with superior growth and muscling are already helping to produce leaner commercial lambs – and this was taken into account when setting index weightings.

Secondly, when carcase traits are expressed on a weight adjusted basis, animals with a high yield of muscle in the carcase tend to have less fat. So the index doesn’t need to apply an additional reward for leanness.

In fact a small, positive weighting is now applied to both of the weight adjusted breeding values for fat to avoid the inadvertent selection of ultra-lean genetics in the quest for greater levels of muscling.

What will index selection achieve?

Both the old and new Terminal Sire indexes are designed to enhance the growth and carcase characteristics of Charollais sheep, but the new index will do a slightly better job at selecting for muscle across the loin and muscle yield – as well as selecting slightly fatter breeding lines.

What is the Maternal Index?

The Dorset and Suffolk breeds have had a maternal index for many years and we believe it will be useful when selling rams to breed female replacements.

A small negative weighting is applied to mature size, to aid producers in the selection of more efficient ewes and restrict large increases in ewe mature size. 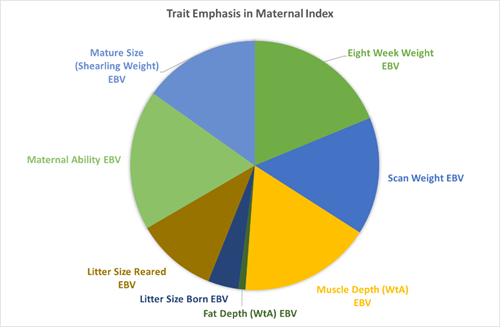 The new approach to assessing carcase traits on a liveweight basis is a big step forward for Terminal Sire breeders and commercial producers.

The new Terminal Sire index isn’t radically different to the old one, but it does enable slightly faster genetic gain to be achieved in enhancing carcase attributes.