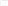 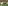 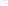 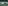 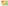 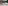 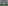 Finding the most profitable sires at Chawton Park

When asked “what ram should I buy?” it is easy to reply “the most profitable” – but assuming they all have a long productive life, how should we assess their value?

The answer will vary between farms, but for later lambing systems finishing lambs off grass there are two aspects of performance to take into consideration – the first and most obvious is the value of the lamb carcase. The second, which is much less visible is the speed lambs are finished and the proportion sold off farm without concentrates.

Both can be greatly influenced by the generic merit of the rams being used – and this is clear in the findings from the flock run by Ian Robertson and family at Chawton Park – where four seasons worth of RamCompare data has been collected.

The 1,400 Lleyn ewes lamb in late April/May, with Ian aiming to finish a large proportion of the lambs off grass by the close of the year; with remaining lambs finished on creep. Getting lambs finished early in the season is important – not only does it assist cash flow and reduce labour requirements, but is also reduces the stocking rate for the rest of the flock as the summer progresses and grass production reduces.

Sires that reduce days to slaughter

To date Ian has tested 32 rams, from five different Terminal Sire breeds – with over 4,300 lambs recorded through to slaughter.  Performance recorded rams with high Scan Weight EBVs clearly have a big impact on finishing times at Chawton. The performance of progeny by different rams for days to slaughter varies by plus or minus 20 days. Much of this variation can be explained by the genetic merit of the sire for growth rate (expressed here using their Estimated Breeding Value for Scan Weight), though some of the difference is also explained by differences in carcase weight (which in turn are also under a degree of genetic control).

One of the aims of RamCompare has been to assess the degree to which a ram’s genetic merit can explain the variation in the value of their progeny. Abattoir data is used to produce breeding values for carcase weight, conformation and fat classification and these are combined into an assessment of overall carcase merit.

This chart shows that this prediction of overall carcase merit explains much of the difference seen in lamb values, with a potential difference of ~£6/head in the value of high and low performing breeding lines for carcase merit.

Is there a trade-off to be made?

Looking at the Chawton Park data we have observed that sires can be selected to produce faster finishing progeny and to increase overall carcase value – but can rams excel at both? When looking across the range of breeds tested, there appears to be a slight trade-off between these two aspects – but there are certainly rams that can.

If we look at the genetic merit of the sires for both Days to Slaughter and Overall Carcase Merit (chart below), we see variation in their genetic merit for both attributes, with some producing more valuable carcases – but taking time to get lambs finished – while others have progeny that are quicker to leave the farm, but at a slightly lower value.

However, there are sires that do both jobs well. Arguably the best on this on-farm assessment of performance is a Texel in the Top 10% of the breed for Scan Weight EBV, bred in the Elkstone flock of Matt Hobbs based near Cheltenham.  However, amongst the top performing sires on this chart there are Texel, Charollais, Meatlinc, Suffolk, Southdown and Hampshire Down rams all well represented.

Ensure rams are structurally sound and healthy, so that this investment in genetic merit is repaid for many years to come.