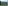 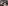 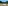 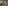 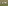 Selecting rams with high Estimated Breeding Values (EBVs) for Scan Weight and Muscle Depth has been shown to lift lamb values by £4.00/head at Adrian and Lyn Coombes, Dupath farm - while simultaneously getting lambs finished more quickly. Read how recorded rams have made a big difference on the commercial farm. 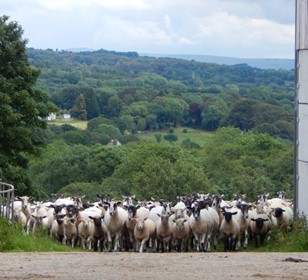 At Dupath Farm, Callington, Cornwall, Adrian and Lyn Coombe run 380 North of England Mules ewes and 120 ewe lambs. This March/April lambing flock are part of a mixed farm, rotationally grazing permanent pasture and improved leys, with lambs weaned and finished on silage aftermath. In the two years that Adrian has been part of RamCompare he has recorded over 1100 lambs.

Having already worked on improving flock health to lift performance, Adrian wanted to look at the opportunities for improvement through genetic selection.

Which EBVs are important at Dupath?

To make the best use of traits available when selecting rams for breeding, first evaluate the performance of the flock and then select areas to improve that can be enhanced using EBVs.

At Dupath there were several factors to consider, including:-

Sires were selected with high EBVs for Scan Weight and Muscle Depth to try and reduce days to slaughter, whilst improving the value of lambs sold.

Adrian was keen to improve the carcase value of his lambs which is a combination of two factors, the weight of the carcase and its conformation. Data collected at Dupath over the last two seasons has shown much of the variation in value is due to differences in carcase weight (Chart 1). These trials show that a ram’s Carcase Weight EBV is an excellent indicator of progeny performance for this trait (Chart 2).

Data collected over the last two seasons clearly shows an increase in progeny performance that can be attributed to the genetic merit of their sire, with differences of up to 1kg in carcase weight and around £4.00/lamb in value. Both of these factors making a large difference to flock profitability when multiplied over the seasonal lamb crop. 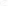 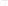 Unfortunately, Carcase Weight EBVs are currently only available for rams tested on RamCompare, but every recorded ram in the country has a Scan Weight EBV - an indicator of its genetic potential for growth. What is the impact of selecting rams with high Scan Weight EBVs on carcase weight?

However it should be remembered that:

For this reason, the relationship between a ram’s genetic merit for Scan Weight (a measure of liveweight) and Carcase Weight is less strong. Producers wishing to increase carcase weights within their commercial enterprise should select for superior muscling using EBVs for Muscle Depth and CT Lean Weight, to increase the yield of meat on the carcase, alongside the Scan Weight EBV which influences growth rate.

It can be seen in Chart 4, when assessing a ram’s Scan Weight EBV against the age adjusted carcase weight of his progeny that the same high performing rams tended to produce progeny with heavier carcases, but there is more variation between sires for the reasons mentioned above. 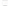 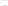 Using rams with a high Scan Weight EBV doesn’t just increase the live weight and carcase weight of their progeny, it can also have a major impact on reducing days to slaughter. This was most noticeable in 2019, where rams with a high Scan Weight EBVs produced progeny that finished on average 20 days earlier than the rest of the flock. This meant lambs could be sold sooner, achieving higher seasonal prices and freeing up grazing for other classes of stock.

The importance of prioritising traits when selecting rams

When reviewing the overall genetic merit of rams used at Dupath over the last two seasons, there tends to be a slight trade-off between rams with superior conformation (and thus carcase value) and the speed with which their progeny finish (Chart 5).

On this farm, the two Beltex rams, Clary Number One, provided by Mary Dunlop and Dooley Sparky provided by Matt Prince, both tended to have a high carcase value (in terms of carcase weight and conformation), but tended to be slower to finish, by up to three weeks longer than the average for other rams on test.

By contrast two Charollais rams from Dylan Law’s Hardy flock, each tested in different years, had progeny with slightly lower carcase values – but which consistently finished more quickly. One of these rams, 16WZW00054, bred by Dylan Laws is the highest ranked ram -with the best Days to Slaughter EBV recorded on the trial to date. The other, 17WZW00126, is the highest ranked Charollais in the latest results. 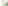 Adrian Coombe said, “RamCompare has opened our eyes up to different sires and breeds potential and shown us the value within our flock. We are seeing higher growth rates and therefore lambs finish quicker. We are selling lambs about two weeks earlier, which tend to hit a higher market price. It also means more grass is available across the farm for other animals.”

“Before RamCompare we had starting to look at EBV’s as a way of selecting new rams. Now we wouldn’t buy any ram without knowing his EBV potential. Appearances can be deceiving… Some of the best rams we have had, reared on a grass-fed system have looked very plain on arrival - we now have confidence in the EBV’s behind them, the genetic potential of the sire is certainly passed on to the flock. Using eye alone it is too easy to pass this opportunity by!”

Adrian concludes, “For most commercial producers the gains from buying an EBV recorded ram could be one of the cheapest and easiest way to improve the performance of their flock, using the breeding values for growth rates and days to slaughter. This has a positive impact on our carbon footprint as an industry, which has been in the media spotlight over the last few years.”