The value of investing in a ram with the right genetic merit for your system has been highlighted in results from the third year of the RamCompare project.

The project has identified that commercial producers can identify the most profitable rams for their production system by using Estimated Breeding Values (EBVs).

The latest results from the UK’s national progeny test now include new EBVs for traits like days to slaughter, primal yield and tenderness.

RamCompare is a five-year project that takes nominated Signet-recorded rams from various terminal sire breeds and uses them on nine commercial farms in the UK. Three years in, the project has already tested 138 rams and over 12,000 of their progeny, one of the largest trials of its kind.

Rams are selected on the basis of their EBVs, which are a direct assessment of their breeding merit for specific traits. Through information collected on their progeny, the project re-assesses their genetic worth for traits that are measured on-farm, such as lamb growth rate, ultrasound muscle and fat depth. Abattoir data is then collected from these lambs to produce EBVs for traits which farmers are actually paid - carcase weight, conformation and fat classification.

For the first time, an EBV for Days to Slaughter has been produced – indicating the degree to which sire choice can influence the speed that lambs reach slaughter weight. Over a quarter of the variation seen in this trait can be attributed to a lamb’s genetics and there are important genetic differences between rams.

This year, Signet Breeding Services launched the biggest change to its terminal sire recording programme in decades, moving the assessment of carcase traits, like muscle and fat depth onto a weight, rather than an age, adjusted basis. While this has changed the ranking of Signet recorded rams, it has greatly enhanced the commercial focus of these widely used EBVs for producers selecting lambs at a fixed slaughter weight.

Samuel Boon, Signet Manager, explains: “This development has been a massive change, but the latest RamCompare results show the value of our decision. A much clearer relationship is now apparent between the carcase traits measured on-farm, like muscle depth and fat depth and those assessed in the abattoir - carcase conformation and fat classification. RamCompare data shows the importance of this AHDB-funded research and supports the recent changes implemented by Signet.”

RamCompare results and project updates can be viewed online

AHDB is a statutory levy board, funded by farmers, growers and others in the supply chain. Its purpose is to equip levy payers with independent, evidence-based information and tools to grow, become more competitive and sustainable. Established in 2008 and classified as a Non-Departmental Public Body, it supports the following industries: meat and livestock (cattle, sheep and pigs) in England; horticulture, milk and potatoes in Great Britain; and cereals and oilseeds in the UK. AHDB’s remit covers 72 per cent of total UK agricultural output. Further information on AHDB can be found at www.ahdb.org.uk

The RamCompare report can be obtained from AHDB, QMS and HCC and is hosted online at www.ramcompare.com. AHDB will have copies of the latest results available on the AHDB stand at NSA North Sheep, 5 June and NSA Sheep South West, 18 June.

Duncan Nelless, of Thistleyhaugh Farm, Northumberland, has recorded 2,200 lambs for RamCompare on his organic, upland farm. Lambs are born in March and finished quickly on clover-rich swards from June to early September.

Last year the lambs had an average carcase weight of 18.4kg at 103 days of age. Despite using a team of high genetic merit rams and clearly getting excellent results, there was still nearly 14 days of genetic variation between the best and worst performing sires when it came to the time taken to reach slaughter weight.

Duncan says “Since being involved in RamCompare, we have clearly seen the benefit of using recorded rams. Project lambs have consistently killed out with heavier carcases when drawn at the same weight and a higher percentage fall into the desired 2-3L specification. We are convinced of the importance of selecting rams with EBVs and access to new information on traits like Days to Slaughter will help refine ram selection decisions”

This project has been made possible by project partners and supporters: Contact 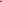 In the year 2000, Bridget took a leading role in Cymru Breeding Services, (later Innovis and now known as AB Europe). Bridget was centre manager specialising in ovine fertility, operating a stud for 100 rams and coordinating four vet teams. She has specialised in ovine fertility and has worked closely with pedigree sheep and their breeders throughout her career.

With an extensive background in the sheep industry she now runs RamCompare. Her main responsibility is to liaise with project farms and abattoirs to ensure the data submitted is accurate and delivered on time, as well as co-ordinating the communication plan and ram nominations....and hundreds of other things.