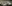 For the first time in the UK, ram breeders will have breeding values that focus on traits rewarded further down the supply chain, including the primal weights of the loin and haunch and also meat tenderness.

RamCompare is the UK’s commercial progeny test for terminal sire breeds. The project has assessed 138 rams from 9 different breeds over the last 3 years, collecting records from over 12,000 lambs.

During 2016 and 2017, support from project partners Randall Parker Foods and Dunbia enabled a detailed assessment of 1,500 carcases that had been broken down to assess saleable meat yield, with records obtained for the weight of the primal cuts within the carcase.

The AHDB meat science team then took the loin samples and measured shearforce from cuts that had been defrosted and cooked in a standardised manner. Shearforce measures indicate tenderness, an important component of consumer acceptability.

Estimated Breeding Values (EBVs) have now been produced to assess the weight of individual primals at a constant carcase weight, enabling a prediction of the meat yield within the carcase from specific cuts.

This work shows that when primals are assessed on a carcase weight adjusted basis, it is hard to find rams that are superior for all attributes. Those that excel in one area of the carcase tend to be weaker in another. Differences within breed tend to be as great as those between breeds, though some breed differences are starting to become apparent.

Shearforce EBVs are adjusted for both carcase weight and age and measured in units of kilogram-force. The higher the shearforce measurement the tougher the meat. Low Shearforce EBVs are therefore desirable. Whilst the vast majority of lambs on the trial were extremely tender, significant differences were found between sires.

At present these EBVs have only been reported for RamCompare rams used during 2016 and 2017, but the approach clearly shows the use of genetically superior sires can have a marked effect on traits that directly influence consumer acceptability.